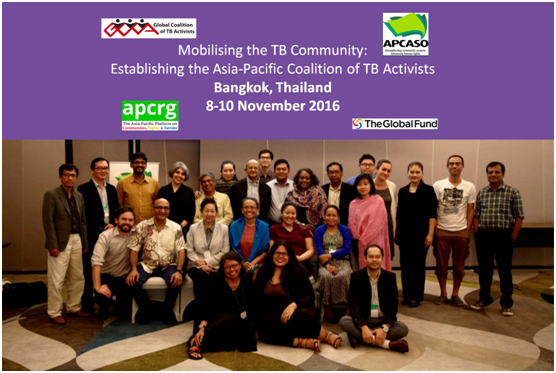 APCASO and GCTA are extremely proud and deeply honoured to announce the launch of ACT Asia-Pacific!, a regional coalition of individuals and community and civil society groups working for effective, people-centred, rights-based, and sufficiently and strategically resourced TB responses.

APCASO and GCTA, with partners in the region have identified the need for such a platform for a long time now, and while acknowledging that TB problems will not be suddenly resolved, it is a significant, groundbreaking boost.

ACT Asia-Pacific! is an affiliate of GCTA, with APCASO elected to serve as the coalition’s host. We look forward to productive and impactful work with the new coalition!